Our client SP has recovered over £3,000,000 in compensation following a misdiagnosis of cauda equina syndrome in 2011.

In December 2011, SP was working in Surrey as a vet when he attended A&E. He had a history of back pain, and was already under the care of his GP, waiting for an MRI scan.  His visit to hospital was prompted by interrupted urine flow and abnormal sensation when urinating.  SP was a vet and his professional expertise prompted him to raise the issue of cauda equina syndrome with those treating him.  He was examined, but given that he was already waiting for an MRI scan, was discharged home.

Two days later, he was taken to A&E following muscle spasms and severe pain in his legs, causing him to be unable to move.  He was promptly diagnosed with cauda equina syndrome and referred for emergency surgery.

His immediate recovery was very slow, taking much of 2012, before he moved abroad. Once there, he attempted to resume his career, but was unable to continue working as a vet, giving up his practice in late 2014.  He continues to live with the devastating consequences of cauda equina syndrome, including neuropathic pain, bowel, bladder dysfunction, weakness in the lower limbs, reduced muscle tone and joint pain.  He will always have to attend various medical appointments and will need to purchase a variety of equipment both for daily living and to pursue an alternative career.

Clinical negligence partner Sarah Stanton, who represented SP, commented “We are delighted to have been able to assist SP in bringing his clinical negligence claim to a successful conclusion.  Cauda equina syndrome is a devastating condition which is multifactorial and affects daily living in a number of ways.  SP is an extraordinarily resourceful and determined individual, and it is a testament to his tenacity and courage that he has been able to put his life back together following this.  We hope that the financial settlement will allow him to move forward with his life and put this behind him”.

SP commented: “A legal case is always a daunting consideration but Sarah and her colleagues at Moore Blatch made it as bearable as it possibly could have been. This was done in the first instance with honesty about what would come and an intimate understanding of the negligence that I had suffered. As time went on she displayed an incredible knowledge of the process and most importantly showed true empathy. Every effort was made at every instance to minimise the impact on my life and well being and to top it all off the case concluded with the best possible outcome, surpassing any previous expectations. My unending thanks and gratitude to Sarah and all.” 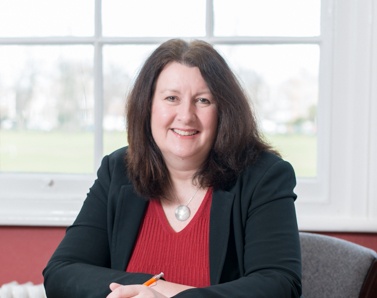