Mrs J will receive £1m compensation after an ambulance crew failed to take her to hospital for assessment after she developed symptoms of cauda equina syndrome. The delay in treatment led to Mrs J developing serious physical disabilities and being unable to continue her career.

Mrs J had a history of back pain, but after she heard a “pop” in her lower back and had a surge of pain as though her back was on fire, together with perineal numbness, an ambulance was called to her home.  The ambulance crew assessed Mrs J but advised that all she needed was some more painkillers.  No neurological assessment was undertaken by the ambulance crew and Mrs J was not taken to hospital.

When Mrs J woke up the following morning, she was incontinent of urine. She was taken to hospital where she underwent emergency surgery for cauda equina syndrome. Despite surgery, Mrs J was left with serious symptoms - she has no perineal sensation at all, she cannot feel herself passing urine and, following initial use of abdominal pressure to pass urine, now self-catheterises.  She has to manually evacuate her bowels on a daily basis. She has persistent neurological symptoms of pain and numbness in her left leg and her mobility is affected.  Whilst initially able to carry on working only due to adaptations made by her sympathetic employer, Mrs J was eventually left with no option but to take voluntary redundancy at the age of 47.

The Ambulance Trust persistently denied liability but, following the issue of formal legal proceedings and voluntary disclosure of Mrs J’s evidence in support of her claim for compensation, agreed to a settlement meeting, following which negotiation led to settlement of the claim for £1m.

"This was a difficult case as there was always a narrow window of opportunity for intervention which would have led to a better recovery. Although the Ambulance Trust denied liability throughout, we undertook a thorough assessment of the likely extent of Mrs J’s claim for compensation, including care, loss of earnings and accommodation needs and submitted details to the Trust so they could understand the full extent of the claim.  All of Mrs J’s expert witnesses were impressed by her fortitude and determination to pursue as normal a life as possible despite her disabilities. Although no level of compensation can ever return Mrs J to her pre-injury position, the settlement has meant that she can bring her legal claim to a conclusion with the knowledge that she has secured financial security for both herself and her family."

"I would like people who are looking for a solicitor to know how knowledgeable and professional you are and the hard work and determination you have shown to get me the result that has been achieved."

Both you (and counsel) have provided valuable support and advice and your expert and in-depth knowledge of cauda equina syndrome has meant that I am now able to look forward to a future where I have financial security  for myself and my children."

I will never be able to repay you for your perseverance in my case and the long hours you would have spent on the paperwork and reports to ensure that I had the best possible chance at getting success.  It has been a very long road and I feel you know so much about my life and issues and you have done everything possible to make the future bright and give me hope and faith that I can do this without being anxious and stressed. Many, many, thanks." 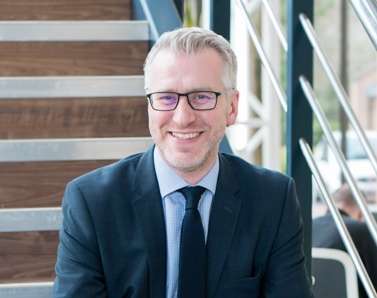