When Corporate Structures and Rugby collide

Not long after the dust had settled on the World Cup, Lord Dyson recently ruled that the rugby club Saracens should be docked 35 points and fined £5,360,272.31 for breaching the salary cap imposed by the English Premiership. The fine is the maximum a club could receive and the implications on the sport of rugby as a whole could change the face of the Premiership. But how do corporate structures and companies affect this story?

The English Premiership imposes a ‘salary cap’ on all teams in the league, set by the Premiership Rugby Board, with the hope that the division remains competitive and clubs do not make huge losses (contrast this to the English Premier League in football). The current salary cap is £7 million plus two players who are excluded from the cap (these are typically marquee signings). Clubs also gain ‘academy credit’ for having players who joined the club before they were 18 or who are under 24 at the start of the season, this promotes players who come through the academy.

Saracens success in recent times and their ability to field a team glittering with internationals has come into question. In March 2019, Premiership Rugby launched an investigation into reports that Saracens were failing to comply with the salary cap. Under salary cap regulations all ‘contracts’ or ‘arrangements’ between a club and a player must be declared. Regulations also state that ‘any accommodation or holiday cost’ is included in the salary of a player. An independent panel was appointed in June.

The investigation centered on the chairman of Saracens, businessman Nigel Wray, and his involvement and most importantly investment into companies set up on behalf of some of the Saracens players. It is alleged that (as well as normal salary) a number of investments have been made various companies which Mr. Wray is the co-owner of, which also involve current Saracens players.

Take for example the company ‘VunProp Ltd. This company is an investment property company, which was set up in early 2017 by a business associate of Mr. Wray. Later, brothers Mako and Billy Vunipola (Saracens players) joined the company as 33% shareholders and as directors. The most recent accounts of VunProp Ltd show that the company owns £1.5million worth of investment property including one worth £592,500. The most recent accounts of VunProp show £24,481 worth of funds are available for shareholders.

Another company in the spotlight is Wiggy9 Investments Limited, a company in which Richard Wigglesworth owns more than 50% of the share capital with the rest being owned by Mr. Wray. Accounts show the company owned £875,000 worth of investment property and a total of £189,397 was available to shareholders.

The investigation concluded that Saracens had failed to disclose payments to players in each of the last three seasons and that the club exceeded the ceiling for payments to senior players in that time. These payments took Saracens over the salary cap. An article in the Sunday Times stated that the judgment accused the club of “recklessness” in their bookkeeping.

Saracens have decided not to appeal to decision of Lord Dyson. The fine and points deduction could have a huge implication on Saracens as a club as they may have to unload star players to balance the books and now face the prospect of relegation. What is clear however is that companies set up jointly with the owners and players of clubs for the purpose of investing into the player are now going to be heavily scrutinised in the future. 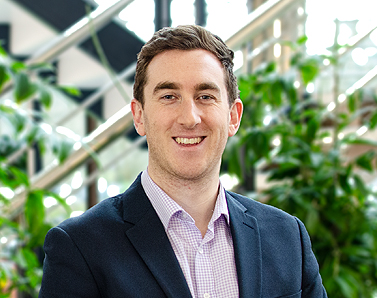 The pitfalls of incorporating with Model Articles

Don’t underestimate the importance of a company’s statutory registers