The recent discovery by Lloyds Bank of more than 9,000 forgotten Wills, which it had retained for ‘safe custody’, highlights the dangers of failing to ensure the Will being administered is in fact the last Will made by the deceased.

In the Lloyds case, the bank had failed to ensure that thousands of Wills were passed on when relatives informed the bank of the clients’ passing. Although thankfully many had gone on to make subsequent Wills or were taken to have died intestate and such division had in fact mirrored the terms of the unknown Will in any event. For hundreds of families however, it is now becoming apparent that the division the executors put in place was not in fact accordance with the last wishes of their loved ones, and / or failed to take advantage of tax planning measures from which the estate could and should have benefitted.

In that case Lloyds have indicated that they will award compensation and ensure no ‘clawback’ from those who wrongly received funds etc. but this case also highlights the chaos that can ensue when the most recent Will is missed.

For executors it is the stuff of sleepless nights as personal claims against them may arise years after distribution, and whilst some protection is afforded to them against unknow creditors provided they have complied with section 27 of the Trustees Act 1925 notices (requiring advertisements in the Gazette and Local Newspapers), costly and lengthy disputes may still arise if distributions have been made to the ‘wrong’ beneficiaries.

Whilst Missing Will and Trustee Insurance is available and professional executors may well have the benefit of such, with the rise in DIY Probate and using non-regulated practitioners, it must be asked how vulnerable lay executors can be. That of course is on top of the trauma and distress that can arise for families when being told that the distribution which occurred was not in fact what their loved one wanted and may need to be unravelled to some extent.

Some steps can be taken to avoid such difficulties, eg by the depositing of Wills at the Principal Probate Registry or their registering with Certainty, The National Will Register. The Lloyds debacle goes to show the real complexities that can arise when a ‘Last Will and Testament’ is in fact no such thing.

As always, we specialists in the Private Wealth Team at Moore Blatch are always happy to help those looking to consider their estate planning in the event of death and those having to grapple with the intricacies of Probate. For more information please contact Malky Chaloner by email malky.chaloner@mooreblatch.com or call 01590 630186, 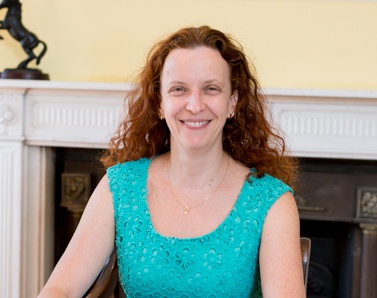 Top 10 actions to consider during the current pandemic crisis