Spinning out without falling over

When a spin-out company is successful the results can be spectacular. In 2014 Zynga Inc acquired NaturalMotion, a leading games and technology company from Oxford University Innovation whose game titles include Dawn of Titans and CSR Racing, for more than US $527 million.

University spin-outs are growing with companies such as Applied Graphene Materials and PureLiFi hitting mainstream news. In the UK, spin-out programs are centered on university campuses and supported by two key government initiatives, the Enterprise Fund and University Challenge Scheme. The UK has the highest number of spin-out support programmes in Europe, with the main players being Oxford and Cambridge University. As well as benefiting universities, businesses and investors, the success of spin-outs is making an impact on regional and economic development too. On the back of this success more and more universities and investors are looking into possibility of spin-outs of their own.

Since 2000, Southampton University has spun out 27 companies and taken an equity position with 13. Four of their spin-outs have floated on London's Alternative Investment Market (AIM) with a combined market value of £180 million. However, as those in this industry know, the path to success can be hard work and fraught with pitfalls. As such, many potentially promising start-ups fail.

One of the main difficulties that many young start-ups can face is an unrealistic expectation as to the precise deal that is on offer. This is because the three main players within a spin-out - the university, the academic founders and the investors - invariably approach the commercial negotiations with different objectives and expectations. Agreeing common objectives at the outset is crucial to help avoid serious problems down the line. Just as crucial is an understanding of the differing pressures and perspectives of each party.

Universities often find themselves having to balance conflicting objectives: on the one hand wanting to exploit the commercial opportunities their research offers, research that, in many cases, will have been publicly funded; whilst on the other maintaining their commitment to further research and education.

The marriage between business and academia is not always an easy one and can too easily break down. Finding the right match between investors and university is of paramount importance if a new spin-out company is to survive and thrive.

Universities, whose primary focus is teaching and the dissemination of ideas, might not always be in a position to grant the type of rights a company might want. Spin-outs are established to develop a new technique or technology.  As such the IP involved is usually a patent, associated know-how and, in some cases, data (for example clinical trial information that is not publicly known). Where the technology includes software then the IP may include copyright. Even if some of the technology is patented or the subject of patent applications, the spin-out company may still wish to keep much of the IP secret to both protect unpatented know-how and to reduce the risk of competitors stealing ideas before the product is launched. The founders and investors will, therefore, want robust confidentiality commitments from the university. However, a university may resist strong confidentiality obligations arguing that it needs the right to use the technology for teaching and research.

The academics find themselves with conflicting interests. There is often a divergence between the academic’s need to publish, and the company’s need to keep a patentable know-how secret in order to secure patent protection. A new product could take years to come to market during which time the academics may not want to be prevented from publishing research papers that relate to the new business.

There is also concern that the failure rate is too high to warrant a significant number of investments. “Historically, there has been criticism that strong university research in the UK has been very poor and very slow at getting to market,” says Neil Crabb, chief executive of Frontier IP, the AIM-listed IP commercialisation company. The research suggests that a lack of entrepreneurial orientation by the researchers promoting and managing the spin-out companies is to blame.

The manner in which the IP is transferred to the new company can also be the subject of disagreement.  The new company and its founders are likely to want either an outright assignment of the IP or an exclusive licence to use the IP. Both these options offer obvious attractions to potential investors and distributors, as well as potentially allowing the new company to charge higher prices for its product which can help recoup initial financial outlay. However, an assignment or exclusive licence can limit the university’s ability to both carry out research on the technology and to share that technology. From the outset, the commercialisation needs to be handled in a way that manages these conflicting demands.

Despite leading with its spin-out programmes in Europe, the overall number of UK spin-outs remains low. The University of Oxford had the highest number, launching 62 in the past decade. This compares to 32 spin-outs from Stanford in California in 2016 alone. The problem, says Rich Ferrie, director of operations at the University of Manchester’s intellectual property office, is “that investors in UK spin-outs tend to be risk-averse, which leads to a lack of funding”.

For this reason investors will often secure a promise from academic founders that they will not compete with the spin-out company. Like so much concerning the setting up of a spin-out this is another area which has to be handled with care if it is not to become a major issue as the young business starts to progress.

A non-compete restriction which prevents academic founders from having competing interests can lead to some academics feeling that their academic freedoms are being curtailed. Moreover, the covenants do not only apply to founders whilst they are involved in the business, they often extend for months or even years after a founder leaves the business, preventing them from setting up or being involved in a competing business in that time. The reason for this is that the founder’s knowledge of the technology and the market and other skills developed through running the spin-out company puts them in a good position to compete with the spin-out company. Business owners need to tread carefully here; a non-compete restriction should only apply for a limited time and should be no wider than is necessary to protect the legitimate business interests of the spin-out. If it is too wide it will be an unlawful restraint of trade. Finding a balance that reflects the interests and ambitions of all parties is key.

Another common problem is the founders’ lack of business expertise: last year The Enterprise Research Centre (EWC) reported that for 20% of spin-outs, the founders had no business expertise. As long as the right advice and guidance is on offer, this lack of experience should not become an issue. What, perhaps, is more worrisome was their finding that the average time commitment for founders was 20%.  As the EWC pointed out, it is impossible for a new venture to establish itself on the effort of one day per week. There is often an underestimation as to the amount of time and effort it takes to get a spin-out off the ground. Andrea Alunni, seed investment manager of Oxford University Innovation, freely admits that “the amount of work that goes into setting up a new company to flourish and succeed is enormous.”

When it comes to the launch of any company, spin-out or not, everyone wants to do a good deal. Plainly, no one sets out on this challenging path wanting a bad deal in place, but the excitement and enthusiasm that often accompanies the launch of a new spin-out company can cause people to rush into something that, with considered thought, may be best not embarking on at all. Some seasoned investors have learned to fail well. “We fail early, fail cheaply and fail professionally” states IP Group plc’s chief financial officer Greg Smith who in 2015 raised £128 million for its investments.

But with detailed and considered planning at the earliest stage with an understanding amongst all parties as to the deal that is on offer there is no reason why groundbreaking research cannot be transformed into a groundbreaking company with global appeal. 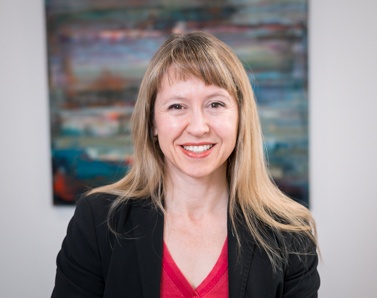