Inheritance Tax (IHT), quite often called a voluntary tax, remains an emotional topic. Every person has an allowance, also known as the Nil Rate Band (NRB), before IHT becomes chargeable. Since 6 April 2009 this amount, has been set at £325,000. However, for married couples the position is slightly better as assets can be passed to each other on a tax neutral basis. This is because they can claim the spouse exemption.

Up until 9 October 2007, this caused a potential issue, as whilst married couples were able to claim 100% relief under spouse exemption, they were not always able to utilise the NRB on the first death. Ultimately this meant that on the second death only one NRB was available. It was quite common for will drafters on first death to create a NRB DT. This meant that on first death assets up to the value of the NRB were appropriated and thereby not only used the NRB it also allowed the surviving spouse to benefit from the assets. On second death the NRB DT was usually wound up in accordance with a letter of wishes.

The Finance Act 2008 introduced the Transferrable Nil Rate Band (TNRB) which arguably made the NRB DT in some circumstances redundant. Generally, this was a welcome change as the running costs and administrative burden of NRB DT’s have in recent years increased which negated some of the original benefits.

Whilst NRB DT or DT’s are still very useful estate planning tools, their use has declined. However not all testators amended their wills when this legislation came into force and surviving spouse would be confronted with the NRB DT. Depending on how the NRB DT was drafted, it can be difficult to wind up the trust as the will drafter did not provide sufficient powers or the class of beneficiaries was too wide to be able to rely on statutory powers or to vary the will through a Deed of Variation.

Unfortunately, the NRB DT cannot just be ignored as it could result in the loss of a NRB and/or potentially have other adverse tax consequences. It is therefore important that the executors, trustees and/or the surviving spouse actively deal with an unwanted NRB DT and decide whether the NRB DT has to be retained or can be wound up. This requires a review of the powers the trustees have and they will then be counterbalanced to the wishes of the beneficiaries.

In some circumstances where it is not possible to wind up a trust, it may be possible to constitute the NRB DT and then appoint the asset out of the trust. Providing this is done within two years from the date of death it can minimise the implication. However, taxes are never considered in isolation and whilst the IHT position may be neutral, this is not the case for the income tax and Capital Gains Tax position. This therefore should be considered when deciding on how to deal with a NRB DT. 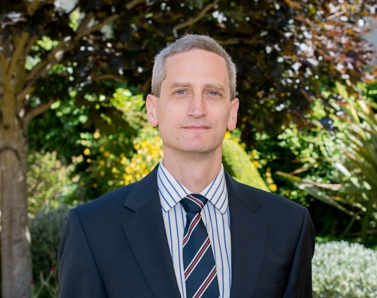 Look forward to a new decade by looking back

Dispelling the myths around joint accounts

When a Power of Attorney is not in place