You may recall last year there were serious incidents reported regarding cervical and breast cancer screening programmes, when thousands of women were found not to have been sent invitations.

One year on, and none of the main health NHS screening programmes in England for bowel, breast, or cervical cancer met their targets last year according to a report by the National Audit Office in a highly critical report.

Current difficulties were illustrated by the fact that more than 150,000 untested cervical screening samples were discovered in laboratories across England. Surely not unrelated – there were delays in the cervical screening results of half the women tested, with a backlog of nearly 100,000 samples.

While bowel and breast screening met their minimum targets in 2017/18, neither met their upper target for the percentage of eligible people screened for signs of cancer.

Many women also experienced delays getting their results after having smear tests or cervical screening. Robert Music, Chief Executive of Jo’s Cervical Cancer Trust, reportedly said to the BBC:

According to the Department of Health and Social Care, results should be received within 14 days, but this target has not been met since 2015. Yet in March 2018, just a third of tested women received their results on time. Furthermore in October 2018, 98,628 samples were  still waiting to be tested in labs across England.

Of concern, all of this comes at the same time as the NHS’s introduction of its 10-year plan for the future, which is committed, amongst other things, to making improvements to keep screening programmes “among the best in the world”. Critical to these plans, is the introduction and implementation of new technology.

Yet the NAO’s report describes issues with complex and ageing IT systems with the cervical screening programme relying on an estimated 350 different systems to make it work. Complicated IT problems have reportedly resulted in 5,000 women not being invited for breast screening.

This issue with IT was picked up by Meg Hillier, chairwoman of the MP’s committee of public accounts who said “It is unacceptable that these important screening programmes are being let down by complex and ageing IT. The Department of Health and Social Care, NHS England and Public Health England need to get this fixed”.

A government spokesman was reported by the Daily Telegraph to have said in response to the NAO’s report: “We are aware of an issue regarding invitations for cervical screening. NHS England are working hard to address the issue, and all women who have failed to receive an invitation or a reminder are being contacted. All women affected can be reassured that they would have received one letter but may have received two”.

Sadly, all of this does not bode well at all for the government’s future plans to modernise the NHS. As mentioned in my recent blogs on the topic, one would hope that an emphasis could be placed on making existing NHS provision fit for service, before or at least at the same time as attempting to expand and digitalise it for the future. 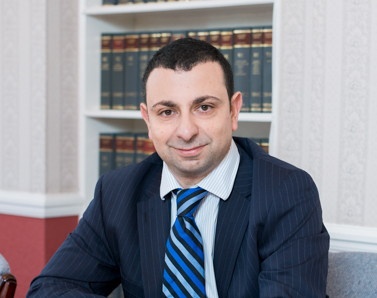