Involved in a “Hit and Run” Road Crash– what can you do?

If you are involved in a non fault road traffic collision where you have sustained serious injury then you are entitled to expect the driver at fault to be insured so that their insurance company can invest in your medical rehabilitation, or in the case of a fatal road collision to provide an early interim payment to meet the reasonable cost of a funeral.

It is extremely upsetting when the driver at fault for a road crash leaves the scene “Hit and Run” and you are left worrying about how you are going to pay the mortgage whilst you are absent from work due to the serious injury caused through no fault of your own.

If you are involved in a road traffic collision where the driver at fault is untraced (“hit and run”) then there is a mechanism for securing compensation to enable you to access private rehabilitation as well as interim payments. An Application for compensation can be made to the Motor Insurer’s Bureau, [“MIB”] under the Untraced Drivers’ Agreement.

The Untraced Drivers’ Agreement is where the driver at fault fails to stop at the scene of an incident and is not identified. The Untraced Drivers’ Agreement will compensate a sum equivalent to the amount that would have been awarded by a Court. The key difference of this Agreement to a usual claim is the MIB has the role of investigating the incident circumstances, determining liability, and then gathering the evidence to make an Award to you of compensation. If you do not accept the MIB Award then you may Appeal to an Arbitrator. The MIB will only make a modest contribution toward your legal costs.

In the unfortunate event you are involved in a road traffic collision then you should take steps at the time of the incident to ensure the driver is insured. If in doubt report to the police the incident which you should do in any event if the driver fails to stop at the scene.

A claim should be made to the MIB as soon as possible following a road traffic collision to enable investigation into the incident circumstances, determine whether there is a policy of insurance in place, and to access funds for medical rehabilitation or interim payments. A Solicitor specialising in personal injury claims will be able to guide you through this process and secure for you the best outcome.

The Claimant was assisted by other motorists who had witnessed the occurrence from a distance. An Air Ambulance arrived and the Claimant was transferred to a Major Trauma Centre where he was diagnosed with a spinal cord injury leaving him paralysed from the waist down. The incident was reported to the police.

The Claimant instructed Solicitors. An Application was made to the Motor Insurer’s Bureau who following their investigation refused the application on the grounds that there was insufficient evidence to prove that the untraced Third Party was responsible. The Claimant filed an Appeal against this decision, providing extensive statements from the public who assisted him after this incident, and the matter was referred to an Independent Arbitrator who made a decision in the Claimant’s favour requiring the MIB to deal with the application.

The MIB, who accepted the Arbitrators decision, then made substantial interim payments and started the process of gathering expert evidence to enable the claim to be valued.

If you have suffered serious injury where the motorist at fault is untraced then please contact our Serious Injury Team on 0800 157 7611 who will be able to give you early advice.

Matthew Claxson is a Solicitor and Partner at Moore Blatch specialising in serious injury and fatal incidents.
Call Matthew on Freephone 0800 157 7611 or email: matthew.claxson@mooreblatch.com
Profile available on LinkedIn. Twitter: @matthewclaxson 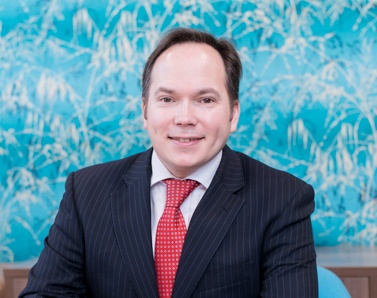