Getting out of onerous contracts - The Brexit effect

Whatever your views on Brexit, the ongoing saga is recognised in many quarters as being bad for UK Plc due to great uncertainty as to whether Brexit will actually take place, and if so, on what terms the UK will leave the EU.

In particular, many businesses are worried that existing contracts will be adversely impacted by one or more “Brexit factors” such as a fall in Sterling, a rise in interest rates or the imposition of customs tariffs, making their contracts more expensive to perform and/or less profitable. In the worst cases, some contracts may become loss-making.

Against this backdrop, what does English law say generally about a party’s right to terminate an agreement where it becomes more onerous or loss-making?

This right to terminate an agreement is covered by a principle called “frustration” – a principle recently invoked in probably the largest case to come to the courts involving the impact of Brexit on a commercial contract (Canary Wharf v European Medical Agency).

Simply put, the concept of frustration is that in rare situations, where a supervening event occurs without fault by either contracting party which would make enforcement of the contract unjust because circumstances have changed so radically, the contract will be automatically terminated and the parties will have no further obligations (or liability) to each other.

In the Canary Wharf case, the EMA had entered into an expensive 25-year lease in 2014 and now argued that the lease had been frustrated by Brexit due to:

• supervening illegality (it argued that EU law did not allow it to maintain a lease outside the EU); and
• failure of a common purpose – the intent was to provide a lease for the headquarters of the EMA which was now not possible.

The High Court was not impressed by these arguments and dismissed EMA’s case, confirming that the lease had not been frustrated. This decision was based on a mixture of the facts and law: in relation to the facts, the Court did not accept that EMA could not deal with the lease under EU law, and felt that the EU itself could do more to allow the EMA to make use of the lease.

On a narrower legal point, it felt that supervening illegality under a foreign law was not part of the frustration test under English law and so was legally irrelevant in any event.

As for the common purpose argument, the Court pointed out that there was no real common purpose given that the parties had their own, opposing commercial aims. Moreover, there was evidence that EMA had benefited from a lower rent on the basis that it did not have a break clause in the lease – and so allowing the EMA to terminate early now would be unfair to Canary Wharf.

In some ways the decision was not that surprising given that frustration is rare and very much “the exception to the rule” that clear contractual obligations need to be honoured by the parties: the Court was clearly influenced by earlier decisions which had stressed that the change in circumstances had to be so drastic that it would be positively unjust to enforce the original contractual terms.

In order to try to protect your organisation’s commercial position, either generally or specifically in relation to Brexit, there are two broad approaches that could be taken:

• Specific events/consequences: this would mean drafting, on a case-by-case basis, for certain consequences to flow from specific events. In the case of Brexit, for example, it could well be that a specified change in interest rates or the value of sterling would lead to a specific increase/decrease in the price of goods. Alternatively, if this is seen as too tough by the party that will need to pay an amended price to that originally agreed, the consequence could be an obligation to negotiate pricing (or any other term) and in the event of no agreement, either party having the right to terminate without any liability.
• Triggering events for renegotiation/termination: this approach would mean carefully defining an event or circumstance that would require the parties to negotiate an amendment to part of the agreement. If an agreement was not possible or not made within a reasonable period, either party would have the right to terminate without liability to the other.

The key implication from Canary Wharf v EMA is that those arguing that Brexit is a frustrating event will themselves be frustrated by the Court’s likely refusal to agree.

Far better than relying on the narrow principle of frustration would be to insert express clauses that either allow specific consequences to flow from a Brexit event or a more general obligation to renegotiate parts of the agreement, failing which the parties can terminate without further liability to each other. 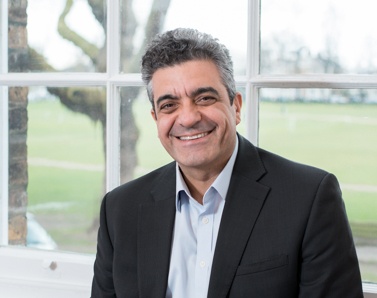