Effects and symptoms of brain injury

A brain injury can have a devastating effect and cause a wide range of different symptoms. In this article, Moore Blatch Associate Solicitor, Matthew Tuff, explores the most common effects and symptoms:

This is a common symptom of brain injury. People often feel exhausted much more easily than they did before the accident. The cause of this is not completely clear, but it may occur partly because of the extra effort required to carry out even simple tasks such as walking or talking. After a brain injury, the brain may work less efficiently than before.

Brain injury commonly causes cognitive impairments, such as worsened short term memory, difficulty paying attention and problems processing information. They may forget things that happened only the day before; or keep on repeating the same story, having forgotten that they have told that story several times. As a result of problems concentrating, they may find it difficult to read a book or magazine, or to watch a film from beginning to end.

People may find it hard to follow a conversation, particularly if they are speaking to more than one person at the same time.

They oftenexperience apathy and lack of motivation to carry out activities. This can be confused with laziness by those who do not know about brain injury.

It is not uncommon to have difficulty with planning, anticipating potential obstacles and deciding upon a logical sequence for tasks (for example planning a journey, trying to solve a problem or decide on the correct order in which to carry out a meal preparation). A person may find it hard to weigh up information and make a decision based on that information.

A common symptom is a tendency to 'think rigidly', an inability to think flexibly or consider alternative viewpoints.

A brain injury often causes behavioural issues of varying degrees. This can include impulsive behaviour, acting inappropriately in public (such as making offensive observations about complete strangers or sexual comments), feeling emotional and tearful, or outbursts of temper. One consequence of this is that people may find themselves getting into arguments or fights when they have lost their temper or offended some one. Paranoid thinking also be an effect of a traumatic brain injury.

The effects can be so significant that relatives or friends often say that the personality of the brain injury survivor has changed since the accident.

One less common side effect of brain injury is something called ‘pseudobulbar affect’, which can cause sudden episodes of uncontrollable crying that occurs even though the person may not feel particularly sad or a laughter outburst that occurs when they do not feel happy.

People sometimes find that a brain injury affects their balance. They may experience 'vertigo' and dizziness, or find that their ability to walk or drive in a straight line is impaired. One condition that may develop as a result of head trauma is Benign Paroxysmal Positional Vertigo (or BPPV). The vestibular system in the inner ear contains 'crystals' that help detect movement by sending signals to the brain. BPPV is caused by the crystals being dislodged and moving out of position. Sufferers can experience vertigo when moving their head or even when lying down or turning over in bed. This can often be treated by a procedure called the Epley Manoeuvre (which involves repositioning the crystals).

Injury to the brain can increase the risk of developing epileptic seizures (although the longer time passes after a brain injury, the more the risk normally decreases). In many cases, epilepsy can successfully be treated by medication.

A brain injury survivor may find it harder to recognise the faces of people that they knew before the accident and this can be wrongly confused with rudeness. This symptom can be caused by damage to the temporal lobe in the brain (which helps with the ability to recognise faces).
Individuals may also have difficulty communicating, understanding language and expressing thoughts through language. They may also have difficulties with reading, writing and mathematics.

People may have vision problems after a head injury, such as blurred or double vision. This can be caused in various ways, such by damage to the optic nerve tract, cranial nerves or the occipital lobe (which is a lobe towards the back of the brain and which helps with processing information received from the eyes).

One not very surprising symptom of a head injury is headaches. These can vary in degree and sometimes people find themselves suffering with migraines.

An individual may also suffer with ‘neuropsychiatric’ symptoms such as anxiety and low mood. They may have insomnia. Unfortunately, these can interact with cognitive and behavioural symptoms. For example, if a person is anxious or depressed, this can make it more challenging to focus or concentrate, in turn making it harder to process or remember information. It can exacerbate feelings of paranoia. If you are having disturbed sleep this will make any excessive fatigue even worse.

In addition, Solicitors at Moore Blatch are Trustees for Headway South West London and Headway Southampton - charities that support brain injury survivors and their families. 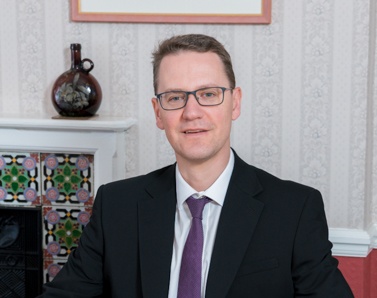