In the wake of the striking divorce case of Mrs and Mr Owens, BBC Radio Solent spoke to Debra Emery, Partner and Head of the Moore Blatch Family department about the implications of Judge Robin Tolson QC refusing Mrs Tini Owens application for divorce on the grounds of unreasonable behaviour at the Family Court sitting at Oxford last year. The case has been heard in the Court of Appeal by an Appeal bench led by Judge James Munby, as we await this deferred judgement.

Debra Emery comments on this extraordinary case where Mrs Owen’s made 27 complaints in her divorce petition of her 40 year marriage. The Judge ruled that the complaints she made of Mr Owens were the types of complaints of the kind to be expected in any long marriage.

Debra Emery explains that divorcing on the grounds of unreasonable behaviour requires a divorce petition that states facts and particulars of a specific calibre to warrant a divorce. Whether the particulars are deemed sufficient is a question for a Judge, in cases of a contested divorce, which is therefore ultimately open to interpretation. If you are relying on historic behaviours from several years ago, then they may be referenced as part of a wider scheme of behaviour however it raises the question for a judge of why the parties didn’t divorce sooner.

When discussing how common this situation is, Debra explains that approximately 2% of divorce cases are actively contested to hearing and she has had experience in representing clients in these circumstances. There is currently a No Fault Divorce Bill being debated in Parliament, which could act to bring England and Wales’ divorce legislation in line with Europe, allowing couples to divorce after a period of separation without the ‘mud-slinging’, however at this stage we do not know what the outcome of this debate will be. The position remains in England and Wales, that the drafting of your divorce petition is fundamental and a challenge for solicitors who are being encouraged to minimise the inclusion of disparaging comments about their client’s partner in order to proceed with an amicable divorce.

For individuals who are considering seeking advice in relation to divorce, separation and financial advice; who wish to speak to Debra Emery about the breakdown of their marriage, please contact Debra.Emery@mooreblatch.com or 023 8071 8057. 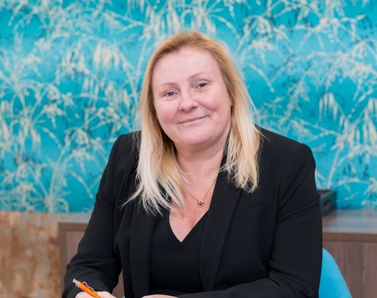 Is family mediation a cheaper way of sorting out my divorce/separation?

What if I want to mediate but my husband doesn’t?