The New Forest National Park and Commoner’s Defence Association have launched the #grazingisgood campaign, which recognises the benefit commoning brings to the New Forest.

With the whole of UK farming in a state of the unknown whilst we await with baited breath how UK subsidies will be distributed, the New Forest, like many commonland holdings, needs to protect its position to secure farming subsidies.

I was lucky enough to have four foals born to my new forest pony herd in 2018, three fillies and a colt. The fillies will be retained as future mares and the colt will be sold. Grazing the open New Forest is so important to maintain the delicate ecological balance. Lord Gardiner, on his visit to the New Forest Show in July 2018, commented on how vital commoning is to the New Forest to preserve its landscape.

I was delighted that Moore Blatch could sponsor the CLA and New Forest awards at the New Forest Show again last year, with the awards growing to cover businesses across the whole of Hampshire.

It was in the heat of a 30 degrees July Saturday evening last year that Channel 4 chose to screen the first of a four part series #ayearinthenewforest, starting with its Autumn episode. My family and I, along with other commoners, were followed by a film crew through the changing seasons showing how we adapt to farm our animals on the forest. The series was beautifully shot and was an intriguing insight into an ancient area of southern England. With no plans to give up the legal day job just yet, I have been asked by the BBC to be part of a new programme again – following people in the New Forest.

This, coupled with my Countryfile appearance proved an interesting year for a property lawyer based in Lymington!

I will be very busy over the next few months with not only caring for my New Forest animals, but also a newborn baby to the family. I will be looking forward to returning to my desk at Moore Blatch later this year, but if you need anything in my absence please contact  Sarah Jordan or Philip Whitcomb who can assist. 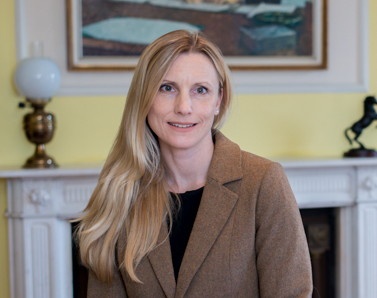 Budget Predictions for Farmers and Landowners

Proposed abolition of Section 21 of the Housing Act 1988