Can the NHS recover its costs from an insurance company after a personal injury claim?

Under Part 3 of The Health and Social Care (Community Health and Standards) Act 2003, a person is liable to pay the NHS charges if they make a compensation payment in consequence of any injury suffered where the injured person has:

The definition of ‘compensation payment’ covers any payment made, even where liability is denied or payment is made in respect of costs only, for example. The definition also includes payments made in money’s worth, which would include, for example:

These would constitute a compensation payment.

The 2003 Act applies to cases involving foreign nationals, foreign compensators and for incidents and injuries sustained abroad, where NHS treatment and/or ambulance services were provided to the injured person on their return to England, Scotland or Wales.

The compensator (typically the “at fault insurer”) completes a CRU1, including the name and address of the hospital where treatment was provided. When the Compensation Recovery Unit (“CRU”), a division of the Department for Work & Pensions, receive the hospital details they will immediately begin their enquiries with the relevant NHS Trust to establish the treatment that was provided.

The compensator must pay the amount shown on the Certificate of NHS Charges to CRU within 14 days of:

Ambulance charges for the purposes of transporting the patient to hospital are recoverable per person, per journey, regardless of numbers carried by an individual ambulance. This applies to each ambulance journey to hospital, or transfer between hospitals, in relation to treatment of the injuries for which compensation is paid. The ambulance charge will only apply to NHS ambulance journeys and does not include the charity funded air ambulances.

There is a limit to the amount of NHS charges that can be recovered which is known as the “capped” tariff amount. The tariff for treatment and ambulance costs is reviewed each financial year.

The current tariffs are as follows:-

A worked example of NHS charges

The 2003 Act allows for a reduction in the Certificate of NHS Charges to take account of contributory negligence in cases where the amount of compensation paid to the claimant has been reduced to reflect their proportion of responsibility for their injuries.

CRU need evidence that the injured person has accepted this as part of the settlement terms. Therefore a revised Certificate of NHS Charges can only be applied for when the claim is fully settled.

NHS charges will not be recoverable for fatal accidents where compensation has been paid solely in accordance with The Fatal Accidents Act 1976. However, if compensation (or an element) was paid under The Law Reform (Miscellaneous Provisions) Act 1934, there will be a liability to pay NHS charges.

Regardless of the Act under which the compensation payment falls no NHS charges are payable where the injured person has been declared dead on arrival at the hospital.

Sophie Davies is a Solicitor in the Major Trauma Team of Moore Blatch LLP who are a leading UK law firm specialising in accessing rehabilitation for those who have suffered major trauma due to a non-fault incident.

To speak with one of our specialist solicitors then Freephone 0800 157 7611, e-mail or ask for a return call here. 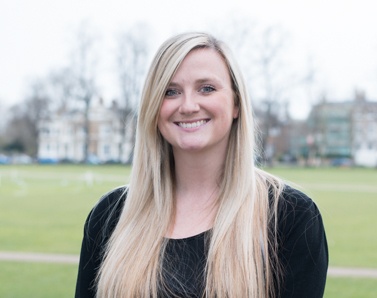