The Mental Capacity Act 2005 (MCA) is a defining piece of legislation designed to protect and empower vulnerable people who lack capacity to make their own decisions. The Act and Code of Practice should be followed at all times to ensure that vulnerable people are supported as far as possible when making decisions in their best interests.

Before any best interest decision is contemplated, everyone must first consider the core principles of the MCA as set out in Section 1. They are that:

If a decision is to be made in someone’s best interests (for example, a change of accommodation) and that person has been confirmed as lacking capacity for that specific decision, those making the decision must consider the best interest checklist under section 4 of the MCA.

The MCA does not tell someone what is in a person’s best interests but instead sets out what factors should be considered before reaching a best interest decision. The key factors are:

Someone making a best interest determination must not make it merely on the basis of a person’s age, appearance or condition, or an aspect of behaviour which lead others to make assumptions about what is in that person’s best interests;

They must also try to obtain: The decision maker must take into account (if appropriate to consult them) the views of:


These principles show that best interest decisions cannot be made without careful consideration of the person at the heart of the decision.

Decision makers are required to make active enquiries with the person themselves (if possible), family members and carers in order to try and establish how the person would have acted if they had capacity and, taking the views of the those close to the person into account, whether the decision would be in their best interests.

This can be difficult, but is required to safeguard a vulnerable person before a life changing decision is made. The Code of Practice recommends that when faced with a significant decision, a Best Interest Meeting (BIM) should be convened. This brings together all the key individuals involved in the person’s life and provides an open forum for their views to be discussed and considered.

Decision makers should be encouraged to speak openly, based on their own experiences with the person, weighing up the advantages and disadvantages of each possible option being considered. A successful BIM will adopt this ‘balance-sheet approach’ with all participants, evidencing which options were considered together with the views on the likely outcomes.

Only then, when all of these factors and options have been properly considered, taking into account the above principles can a best interest decision be made on behalf of someone lacking capacity.

At Moore Blatch we often represent family members at a Best Interest Meetings to ensure that their views are properly considered during what can be an emotional and difficult time. 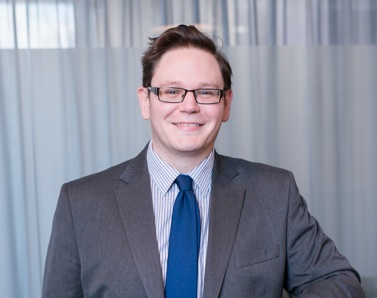 The Impact of the Coronavirus Act 2020 on Social Care

When should a health and welfare deputy be appointed?

The importance of NHS Continuing Healthcare for Financial Advisers