Agricultural property relief, what to do following the death of a farmer

It will come as no surprise to many of you that even with a lack of resources in personnel and time, HMRC and the District Valuers are under pressure to maximise the inheritance tax intake.

Of the many cases that HMRC have to process claiming Agricultural Property Relief (APR) they are naturally targeting their limited resources on those with the most chance that the claim can be denied. Conversely if you are able to put forward a robust, well presented case which highlights the activities of the deceased as a farmer coupled with a good well informed valuation then it is less likely to be queried.

So what are some of the basic dos and don’ts :

• It might seem blindly obvious but if you are claiming that the deceased is a ‘farmer’ then don’t put his/her occupation as something else on the death certificate, or just as bad, don’t state he/she is ‘a retired farmer’. If he/she was during their lifetimes making the day to day decisions on the farm (even if they were physically unable to drive the tractor themselves) then their occupation is farmer;

• Obituaries are another favourite own goal. With the internet now it is very easy for the caseworker at HMRC to Google the deceased and read the local newspaper obituary. Again if this doesn’t mention his farming activities (even if he was known for something else as well) then it helps HMRC to dispute the claim that the deceased was a farmer;

• Gathering evidence is key. There may be a temptation by the family to clear out all those old papers of farmers but that temptation should be resisted. Whilst statute may deem that only the last two years are relevant for in hand farming in a number of the “farmhouse cases” where the taxpayer has been successful the documentary evidence produced went back significantly further. In one case almost fifty years!

• But it is not all about invoices and receipts. Think about photographs of the deceased out in the fields, at local agricultural shows or even winning that livestock prize. It all helps to build up that all important picture.

• A good valuation is key. My heart sinks when I see the words “paddocks” mentioned, conjuring up images of grazing horses. What’s wrong with the term small fields? Again I like to see in the valuation lots of pictures – preferably with the agricultural machinery in the farm buildings or working on the land. If it looks like a farm to you then take photographs to show HMRC. Remember a picture tells a thousand words.

• If the farm is in the middle of nowhere then say so in the valuation. Equally if you have knowledge that other farms in the area were sold to genuine working farmers again this is worth putting down in the valuation to help show that the agricultural value and the open market value for the farmhouse are closer together.

• Finally don’t neglect the woodlands. The third biggest incidence of queries from HMRC are on woodlands and shelter belts so make sure the documentation submitted to HMRC addresses this. If you can produce evidence that wood was used to mend fences, protection from the elements for livestock or prevent soil erosion then say so.

Working with a professional team who has experience in agricultural matters is key. This is a valuable relief and if denied can have dramatic consequences for the family. If a farmer’s Will is being held by a law firm that does not have any agricultural tax planning or property experience, it is advisable to instruct a firm that does. 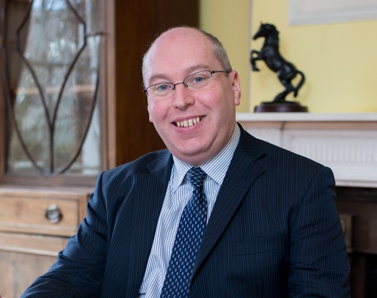 Budget Predictions for Farmers and Landowners